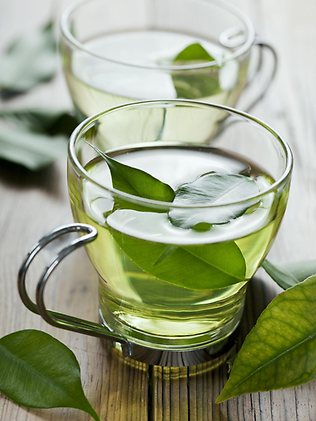 One treat with a cup of green tea to your body is a perfect way to start your day, due to its various health benefits, but a Japanese-led research has discovered that green tea incapacitates significant blood pressure drug.

In the study in the journal Clinical Pharmacology & Therapeutics, researchers measured the blood pressure of ten healthy adults, 8 men and 2 women in their 20s after taking nadolol, a signinficant blood pressure-lowering medication.

They had three cups of green tea or water every day for two weeks an then they took a 30-milligram dose of nadolol.

Nadolol is found to be less operational after consumption of green tea leading to lower circulating blood levels of the drug. The study suggests that the herbal drink blocks the beta-blocker medicine absorbing special cell transporters.

The leaflet associated with nadolol tablets cautions that certain medicines, including herbal remedies, can interfere with its effects. Green tea wasn’t there in this list.

Nadolol is a type of “beta blocker” medication for people with hypertension. It is also used to treat chest pains, irregular heartbeat, tremors caused by Parkinson’s disease and migraines.

Green tea is made from un-oxidized leaves and is the minimum treated form of tea and therefore retains higher concentrations of antioxidants and beneficial polyphenols. It helps to, relief digestion, control bleeding and heal wounds, normalize body temperature and advance heart and mental health.

The experts emphasize on the need of consumers to be aware of this interaction of the drug with green tea.

Mr Antoniou, a consultant pharmacist, said: ‘The nice thing for patients to know that there are other beta-blockers such as bisoprolol and atenolol that are not thought to be affected in this way.

They are uncertain about the other types of tea having alike outcomes.

Before green tea, grapefuit juice was also found to interfere with the medication’s absorbance capabitlity. It made the body absorb too much of some classes of statins, which are prescribed to aid people in diminishing their cholesterol. Higher concentration of statins, can lead to liver damage and other problems in the patients according to the Food and Drug Administration .

Sotiris Antoniou, the spokesman of the Royal Pharmaceutical Society and a consultant pharmacist in cardiovascular medicine, adviced blood pressure patients who still want to drink green tea that leaving a four-hour gap between cups and taking their medicines might help out with the problem.