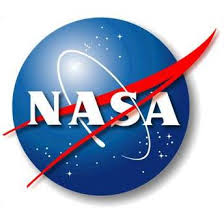 First ever gamma ray measurements of a gravitational lens were made by an international team of astronomers using NASA’s Fermi observatory. This paved away a new path for future research, including a novel way to probe emission regions near supermassive black holes. The probability of finding more gravitational lenses also increases now.

A gravitational lens refers to a distribution of plates same as a cluster of galaxies between a distant source and an observer that bends the light from the source, as it travels towards the observer.

“We began thinking about the possibility of making this observation a couple of years after Fermi launched, and all of the pieces finally came together in late 2012,” said Teddy Cheung, lead scientist for the finding and an astrophysicist at the Naval Research Laboratory in Washington.

The researchers discovered a series of bright gamma-ray flares from a source known as B0218+357, in 2012. The distance of the source from our planet Earth is 4.35 billion light-years within a known gravitational lens system. 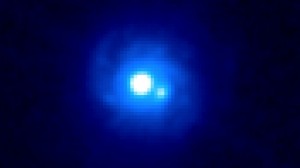 B0218+357 was classified as a blazar because of its intense emissions and unpredictable behavior. It possesses a supersized black hole at its heart which has a mass millions to billions of times that sun in our solar system.

The intense emission and unpredictable behavior of blazars are the result of a chance orientation bringing one jet and the Earth almost directly in line. Past reaching to us, the light from B0218+357 passes directly through a face-on spiral galaxy that resembles ours about 4 billion light-years away. The galaxy’s gravity bends the light into variable paths, which let the astronomers see the background blazar as dual images.

“One light path is slightly longer than the other so when we detect flares in one image we can try to catch them days later when they replay in the other image,” said Jeff Scargle, who was one of the researchers.

For better examination of this object and the lens, the researchers identified three episodes of flares showing playback delays of 11.46 days. It was found that, the gamma-ray delay is about a day longer than radio observations report for this system. While the flares and their playbacks had almost equal gamma-ray brightness, and in radio wavelengths one blazar image was found to have four times more brightness than the other.

This raises the question that whether it is possible that the gamma rays don’t arise from the same regions as the radio waves, so these emissions take slightly different paths.

Currently, the scientists are planning to compare radio and gamma-ray observations of additional lens systems, which will give them more closer view into the workings of powerful black-hold jets.

The findings are published in the journal Astrophysical Journal Letters.