You are here: Home / Health / Funds at risk after State finds ‘jeopardy’ to disabled at 3 centers 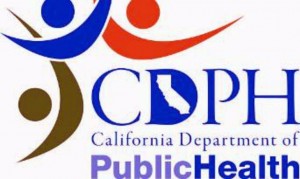 Suffering from the threat of losing Medicaid funding, Porterville center for the developmentally disabled is one of three risk-prone centers, after the case of some patients been discovered in unsafe conditions.

The California Department of Public Health announced late Friday that it would take steps to decertify the Porterville, Lanterman and Fairview Developmental Centers.

Dr. Ron Chapman, director of the health department said, “The actions we’re taking today are necessary to ensure that the Developmental Centers improve the quality of care at these facilities.”

Spokeswoman Anita Gore said documents providing more details would be posted on the department website after being redacted.

The facilities had been under review throughout the last year due to “deficient practices.” 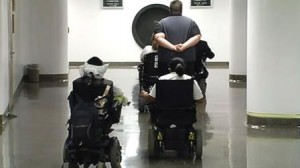 Phone and email messages were not addressed promptly which was left by The Associated Press on Saturday for representatives from the Department of Developmental Services, which oversees the institutions.

If they fail to do so, the earliest that the three centers could lose some of their Medicaid funding would be mid-may, Gore said. The funding will affect four hundred and thirty people who receive services.

But Gore added: “We believe they will come back into compliance.”

But the department said in a statement released to the Los Angeles Times that it has appealed against terminating the funding, that the centers “remain fully operational” and that it was “committed to making the necessary improvements that ensure appropriate and safe services at these facilities.”

Health officials said they would work with the Department of Developmental Services to find a way to continue the Medicaid certification.

The moves by state officials come in the wake of a series of reports by the Center For Investigative reporting that found sloppy internal investigations of abuses at such centers, including the Porterville facility.