You are here: Home / Sports / Frank Thomas gets Obama’s call, after the hall of fame

Frank Thomas on Wednesday night tweeted about getting a call from the US President Barack Obama. The legendary White Sox slugger distributed the news through his Twitter account @TheBigHurt_35 and through the account belonging to his wife Megan. The call made his first-ballot Hall of Fame selection go beyond sports. Obama has been found to have a keen interest in sports overall, and is a diehard White Sox First Fan.

Three players – Greg Maddux, Tom Glavine and Frank Thomas, the stars who’ve never been linked to performance-enhancing drugs are elected to the Baseball Hall of Fame this year, which is the highest number since 1999. 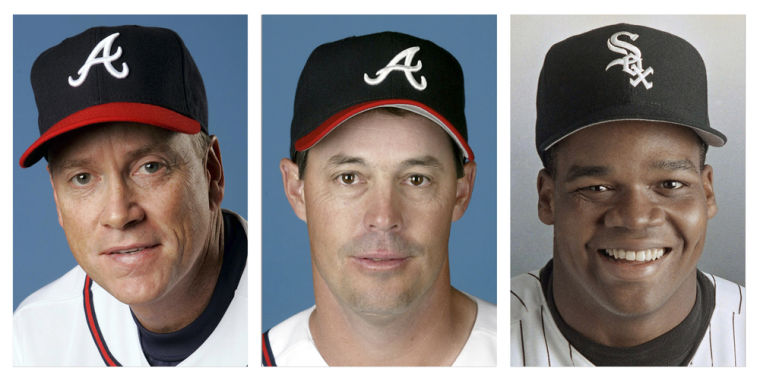 Frank Thomas well known as designated hitter is a retired American professional baseball. Frank Thomas was a long time member of the Chicago White Sox and had a worth of $60 million. Tom Glavine (305) and Greg Maddux (355) won 655 games together, while Frank Thomas hit 521 homers.

Frank should be very proud today, celebrating along with his family, friends, teammates and every Sox fan who had the chance to cheer for The Big Hurt.” 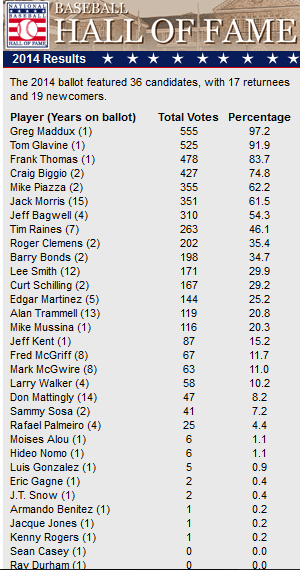 The Baseball Writers of America Association, inducted no players in the last year into the Hall of Fame. The association in its statement said that those three players earned 75 percent or more of the from 571 voters. Thomas, 45, received 83.7 percent (478 of 571 ballots) of the vote. Glavine got 91.9 percent and Maddux won 97.2 percent votes.

Craig Biggio failed to make an entry in the list as he missed the cut with 74.8 percent of the votes.

Born and brought up in Columbus, Georgia, Frank never had an affinity for baseball. He was a football player. The success recipe for him was the fact that Thomas had a routine and understood how important that routine was to find a high level of consistency. Thomas’ dominant eight-season tear from 1990-97 was remarkable. During that stretch, “The Big Hurt” ( as named in 1992 seasons) batted .330 with a .452 on-base percentage and .600 slugging percentage and averaged 39 homers and 38 doubles per 162 games played.

Thomas was selected by the White Sox in the first round (seventh overall) in the 1989 draft. He made his major-league debut on August 2, 1990 at Milwaukee and finished third in the AL MVP voting in 1991, his first full season in the majors.