You are here: Home / Health / E-Cigarettes are Illegal – Britain to Bann Electronic Cigarettes to Under 18

Amid the US government mulling to have stringent anti-smoking laws to check use of electronic cigarettes among teenagers and adults, the UK government has moved a step ahead in checking its use among under-18s.

The chief medical officer (CMO) banned the selling of electronic cigarettes to under-18s, warning that they could be extremely damaging to their health.

Breaking of the law would result in a £50 penalty notice or a fine of up to £2,500, the government officials said.

A recent report of Department of Health (DH) states that e-cigarettes are becoming increasingly popular with teenagers under 18. 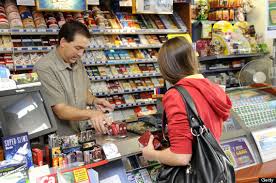 Around 1.3 million people in Britain use e-cigarettes. In a bid to put a check on its use, the UK government has also announced plans to make it illegal for adults to buy cigarettes for children.

Amid this doctors have also raised serious concerns saying that its increasing popularity among teens will lead to more exposure to nicotine, which would be not good for their health.

According to the health department, currently there is no restriction on youths buying e-cigarettes. This is a serious issue and a big loophole, DH said.