You are here: Home / Tech & Science / Chameleon of the sea revealing nature’s camouflage 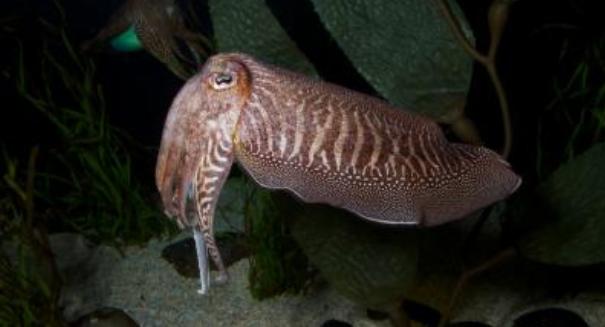 A recent news release from Harvard University gave an insight on cuttlefish’s camouflaging techniques. It will help military members during war times.

The cuttlefish, also called the “chameleon of the sea,” can swiftly alter both the color and pattern of its skin, letting it to unify in its surroundings and conceal from predators.

In a paper published January 29 in the Journal of the Royal Society Interface, the Harvard-Marine Biological Laboratory team reports new details on the sophisticated bimolecular nanophotonic system underlying the cuttlefish’s color-changing ways.

The cuttlefish (Sepia officinalis) is a cephalopod, like squid and octopuses. Neurally controlled, pigmented organs called chromatophores allow it to change its appearance as a reaction to the visual clues, but scientists have had an insufficient understanding of the chemical, biological and optical functions that make this adaptive coloration likely.

“Nature solved the riddle of adaptive camouflage a long time ago,” said Kevin Parker, Tarr family professor of bio-engineering and applied physics at the Harvard School of Engineering and Applied Sciences (SEAS). “Now, the challenge is to reverse-engineer this system in a cost-efficient, synthetic system that is amenable to mass manufacturing.”

“Chromatophores were previously considered to be pigmentary organs that acted simply as selective color filters,” Leila Deravi, a research associate in bioengineering at the school said in a statement. “But our results suggest that they play a more complex role; they contain luminescent protein nanostructures that enable the cuttlefish to make quick and elaborate changes in its skin pigmentation.”

Neurally controlled, pigmented organs known as chromatophores or cells enlarge when the cuttlefish begins to change its color the press release reported.

According to Parker, a combat veteran, forming a biologically stimulated design for novel kinds of military disguise could save lives on the battlefield.

In addition to Parker and Deravi, the coauthors of the Interface paper are: Roger Hanlon, Andrew P. Magyar, a former postdoctoral student, Evelyn Hu, Sean P. Sheehy, a graduate student in Parker’s group; and George R. R. Bell, Lydia M. Mäthger, Stephen L. Senft, Alan M. Kuzirian and Trevor J. Wardill,, who all work with Hanlon in the Program in Sensory Physiology and Behavior at the Marine Biological Laboratory.