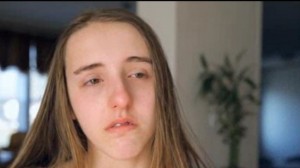 Renata, 15 who was home schooled and after tolerating several bullying from her classmates convinced herself and her mother, Michelle, that a nose job was the only way forward.

“They were just calling me ‘that girl with the big nose,'” Renata says. “It just really hurts. And you can’t get over it.”

“I tried convincing myself that I am fine the way I am, but I just don’t believe it anymore,” Renata wrote in her application letter.

Little Baby Face Foundation, a non-profit organisation which provides free surgery for children they say have ‘facial birth defects’. In 2012, it famously pinned back the ears of Nadia Ilse, a 14-year old as her classmates called her “Dumbo.”

The Little Baby Face Foundation had no provision of mental health services, but Renata did receive counseling before taking the decision to proceed. The organization ultimately provided both a nose job and a chin implant, to ‘balance her face’. 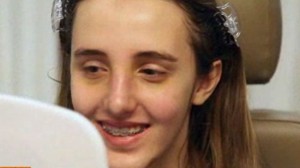 While psychologists say resorting to plastic surgery isn’t a way to avoid bullying, Renata’s mother defends her daughter’s decision. “Parents correct kids’ teeth with braces to make their teeth straighter,” she said. “They’re still the same kid on the inside, but, unfortunately, people are judged on how they look.”

A few months after the surgery, Renata’s mother said her daughter was happier than she’d seen her in years. The 15-year-old even plans to return to regular school.

“I feel happy and I feel confident, and I feel like I don’t have to hide myself anymore,” she said.