It has not been a long time since the Samsung Galaxy Note 3 was released. Even though it is too early to speculate about its successor, the Galaxy Note 4, rumors are already circulating around the smartphone. The Galaxy Note 4 will probably come out in September next year. However the month of release is not sure and the phone could also end up releasing months later than September.

The biggest rumor and the most exciting one about the Note 4 is about its camera. Recently in a conference in Seoul, a Samsung executive revealed that the Note 4 will feature a 16MP ISOCELL camera. As claimed by Samsung, the quality of pictures that this groundbreaking camera will deliver will be something that no one has ever witnessed before. 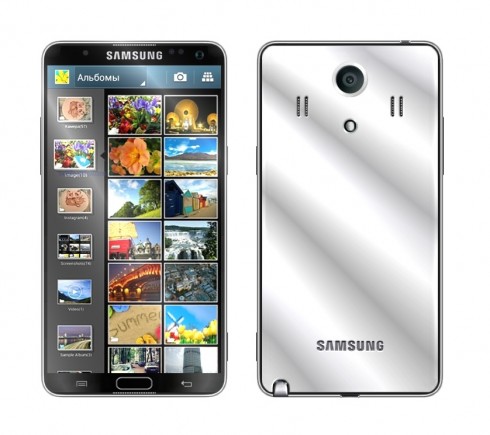 The run for top-quality cameras started when Nokia produced the Nokia Lumia 1020 with a 41MP pureView camera with optical image stabilization and then Sony’s Xperia Z1 with a 20.7MP camera. So the Note 4 will be the next one to join them in the list and probably top it as well.

The ISOCELL technology used in the camera will use individual pixel isolation to improve the quality of the images. With the help of this technology, the camera gets better light sensitivity on BSI sensors. The camera provides superior quality of pictures in low-light conditions and gives more natural colors.

The 16MP ISOCELL sensors in the camera will have 1.12micron pixels, slightly less than Apple’s iPhone 5s.

A recent report found out that Samsung is working on making 64-bit processors for its next-gen smartphones. So now we can also speculate that the Note 4 will feature a 64-bit processor like the latest iPhones and iPads.

Samsung has also announced that Samsung devices which will release next year are going to feature AMOLED displays with resolutions of 2560 x 1440. The next-gen smartphones having 5.2 inches of display will have 2560 x 1440 resolution and 560 ppi density. However, the Note 4 will probably have a slightly bigger screen size than 5.2 inches, so its pixels per inch density will also be a bit less than 560, but there is no taking away from the 2560 x 1440 resolution from the Galaxy Note 4.

The Note 4 will run the latest Android 4.4 Kitkat and will have at least 3GB of RAM like its predecessor. There are also rumors that the Note 4 can feature a fingerprint scanner too.

With an excellent camera, an extremely superior display, the inclusion of a 64-bit chip and all the small advancements and enhancements here and there, the Galaxy Note 4 looks a very good phone on paper. And suppose if all these rumors turn out to be true, we will have a very exciting Note 4 to look forward to.