You are here: Home / Archives for world’s oldest computer 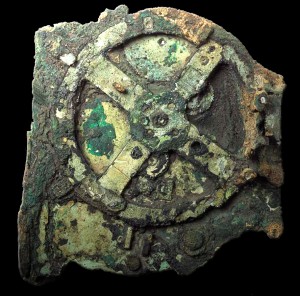 The world’s oldest computer, the Antikythera Mechanism, is much older than originally believed, scientists discovered. It is an ancient clock device that tracked the solar system’s cycles. The Antikhytera Mechanism was discovered inside an ancient shipwreck in 1900-1901 in the Aegean Sea. After further investigation, scientists concluded that  it had been constructed between 150 BC and 100 BC. … END_OF_DOCUMENT_TOKEN_TO_BE_REPLACED