You are here: Home / Archives for World War centenary 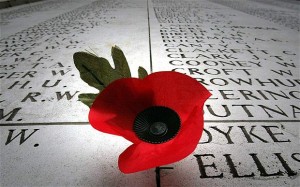 In spite of the bloody conflicts in Gaza and Ukraine, On Monday, European leaders gathered in Belgium for the centenary of Britain's declaration of war on Germany. Thus they marked the 100th anniversary of Great Britain declaring war on Germany, event, which was the beginning of the First World War. In 1914 British Prime Minister Herbert Asquith announced that Britain was to enter the war … END_OF_DOCUMENT_TOKEN_TO_BE_REPLACED