You are here: Home / Archives for world obesity 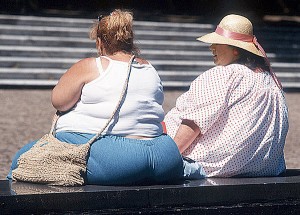 About 29 percent of the world's population, i.e. 2.1 billion people, were either overweight or obese in 2013, says a study released on Thursday. According to the study, nearly two out of three of the obese live in developing countries. Today, 36.9 percent of the world's men and 38 percent of women are overweight or obese, the study found. The study was led by researchers at the Institute for … END_OF_DOCUMENT_TOKEN_TO_BE_REPLACED