You are here: Home / Archives for woman died at the washington subway after smoke filled the tunnels 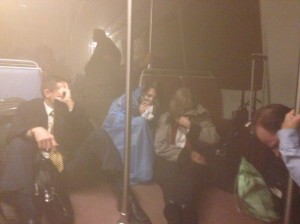 A tragic incident at L’Enfant Plaza station in Washington took place earlier this week. A woman died, two people are in critical condition and 81 people were injured at a subway in Washington DC after the tunnels of the metro got filled with smoke. The terrible incident happened on Monday, right in the afternoon, when rush hour reached its peak. All those who were at  at that time … END_OF_DOCUMENT_TOKEN_TO_BE_REPLACED