You are here: Home / Archives for wife shoots mayor 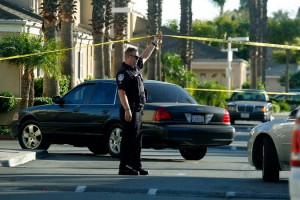 BELL GARDENS, Calif.- The mayor of a Los Angeles suburb was shot and killed during a domestic dispute by his wife. The Bell Gardens couple had been arguing on Tuesday, police say, until the mayor’s wife grabbed the gun and shot. The woman has been taken into custody by authorities. A Los Angeles Sheriff’s Department spokeswoman, Nicole Nishida, said that their 19-year old son had attempted to … END_OF_DOCUMENT_TOKEN_TO_BE_REPLACED