You are here: Home / Archives for Utah copper mine landslide 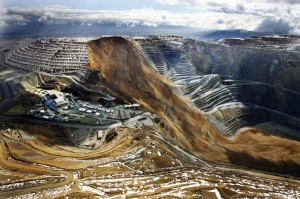 The 10 April 2013 rockslide at Kennecott's Bingham Canyon open-pit copper mine in Utah is the largest non-volcanic landslide in modern times of North American history. A study conducted by scientists at the University of Utah says the landslide in an ore pit west of Salt Lake City was an exception among all the earthquakes occurred in the recent times in North America. The quake had triggered … END_OF_DOCUMENT_TOKEN_TO_BE_REPLACED