You are here: Home / Archives for University at Buffalo 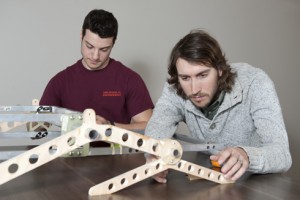 The students at the University at Buffalo (UB) participated in a NASA contest held this week at its Johnson Space Center in Houston, Texas. For the competition, the teams had to build a rover that could cross a series of hurdles in NASA Johnson’s Rockyard, a test area that simulates Mars. The participants had designed and assembled their own robotic vehicle similar to Mars rover that also … END_OF_DOCUMENT_TOKEN_TO_BE_REPLACED