You are here: Home / Archives for Tsunami 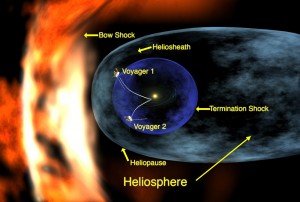 US space agency NASA has announced that its veteran Voyager 1 spacecraft has been hit by a ‘tsunami’ triggered by the Sun. The collision comes at a time when the mission is at the advanced level into interstellar space, region beyond the heliosphere and that separates the stars. The NASA scientists had earlier in 2013 confirmed that the probe which was launched on September 5, 1977 (a few … END_OF_DOCUMENT_TOKEN_TO_BE_REPLACED