You are here: Home / Archives for theif 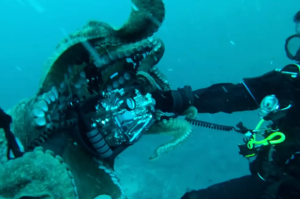 Earlier this month, two scuba divers in Bluefish Cove in Carmel, California encountered wrestling with a huge octopus that attacked them and tried pilfering their camera. The divers, David Malvestuto, 34 and Warren Murray, 56 told that chances are there that the creature may encountered the sight of its own reflection and mistaken it as another octopus. They both were recording footage of … END_OF_DOCUMENT_TOKEN_TO_BE_REPLACED