You are here: Home / Archives for Tea party response 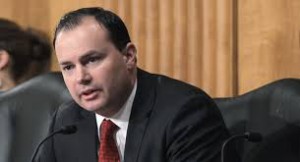 Sen. Mike Lee (R-Utah) will be giving the Tea Party Express’ fourth annual tea party response from the National Press Club after President Barack Obama gives his annual State of the Union address to the Congress. According to the Tea Party Express, Obama will be delivering the State of the Union address on January 28. The Senator is expected to speak following the official Republican reaction, … END_OF_DOCUMENT_TOKEN_TO_BE_REPLACED