You are here: Home / Archives for samsung lineup 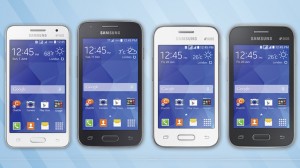 Samsung decided to reduce the number of smartphone models  by a third starting with next year. The decision comes after the Korean company received a couple of wake up calls this year. Both the upper and lower end smartphone markets witness increased competition. Playing on too many fields at once is a dead-end strategy at this point for the world’s largest smartphone producer. The third … END_OF_DOCUMENT_TOKEN_TO_BE_REPLACED