You are here: Home / Archives for same-sex bans 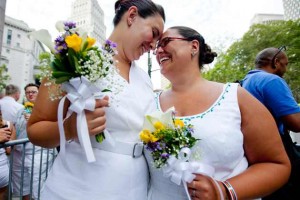 The US Supreme Court is still tackling gay-marriage bans. Many had hoped that Friday would mark the day when a definitive ruling on the matter of same-sex marriage would be heralded. Same-sex marriage has already become legal in 36 U.S. states as well as the District of Columbia. However, a ruling has yet to be issued and all hopes now lie on the next private conference scheduled to take place on … END_OF_DOCUMENT_TOKEN_TO_BE_REPLACED