You are here: Home / Archives for Russian agents executed in Syria 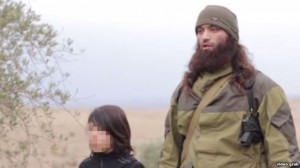 On Tuesday, the Islamic State in Iraq and the Levant (Isis) released a propaganda video showing a 10-year-old shooting from close range two allegedly Russian intelligence agents. Russia refused to comment on the authenticity of the video, while the Federal Security Service of Russian Federation (FSB) said it didn’t know the two men being executed. However, Russian diplomats in Damascus are … END_OF_DOCUMENT_TOKEN_TO_BE_REPLACED