You are here: Home / Archives for russell brand 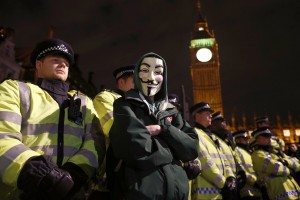 Thousands of anti-capitalist protesters marched on London’s streets on November 5 against political oppression. Supporters of pro-Palestine movements, as well anti-war demonstrators, marched along in a protest organized by hacktivist group Anonymous. Guy Fawks masks flooded Trafalgar Square on their way to Parliament Square in what was called the Million Mask March. Anonymous was related with the … END_OF_DOCUMENT_TOKEN_TO_BE_REPLACED