You are here: Home / Archives for rain forest 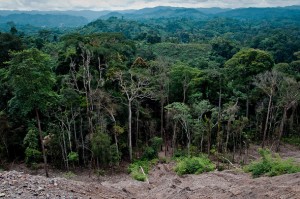 In a glaring exposure, the scientists have found that the forests of Congo River basin in central Africa is losing its greenery due to years of drier conditions. Average rainfall in the region has been declining for several decades. Scientists say this may not be a consequence of climate change but a part of a natural cycle. According to the researchers, the aridity is affecting trees in the … END_OF_DOCUMENT_TOKEN_TO_BE_REPLACED