You are here: Home / Archives for quantum optics 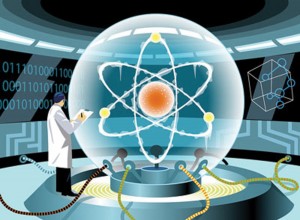 Scientists managed to hear an atom for the first time. A Swedish research team from Chalmers University of Technology performed an experiment that succeeded with the recording of sound waves created by an artificial atom. Previously, scientists focused on the interaction between atoms and light. Electromagnetic radiation is another known energy form released at quantum level. However, the new … END_OF_DOCUMENT_TOKEN_TO_BE_REPLACED