You are here: Home / Archives for psychiatric evaluation 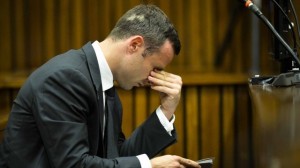 The trial of Olympic and Paralympic South African athlete kept the headlines this spring, as he admitted to shooting his girlfriend model Reeva Steenkamp in his home in February 2013. To resume the facts, the athlete and his girlfriend were in a Pretoria suburb last year when Oscar Pistorius shot her through a closed toilet door four times. His defense revolved around the "accident" idea: the … END_OF_DOCUMENT_TOKEN_TO_BE_REPLACED