You are here: Home / Archives for Pro-democracy Hong Kong 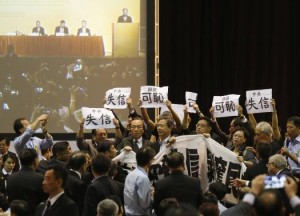 On Monday, the Hong Kong Police used pepper spray to disperse the sea of pro-democracy activists. The activists stormed a security check-point during an event where a senior Chinese official was talking about Beijing's decision to not grant full democracy to the former British colony. There was a struggle at the entrance to the center, where deputy secretary general of China's National People's … END_OF_DOCUMENT_TOKEN_TO_BE_REPLACED