You are here: Home / Archives for primitive drawing 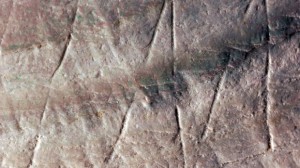 Human engraving discoveries have always set off massive uproars in the world of science and paleoanthropology. The human race is at this point the only species that has managed to develop a creative mind, no other primate having evolved enough to use non-functional markings so far. The engravings in question were discovered on the shell of a clam that has spent nearly a century in a museum. … END_OF_DOCUMENT_TOKEN_TO_BE_REPLACED