You are here: Home / Archives for presidential candidates 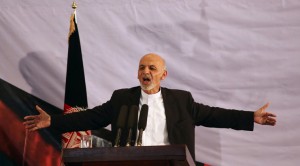 In Kabul, the first Afghanistan president in a decade will finally assume his position as technocrat Ashraf Ghani is to be sworn in. The new president has agreed to a power-sharing arrangement with presidential election candidate Abdullah Abdullah, and his presidency begins just as most foreign troops are preparing their withdrawal. This democratic handover of power to the new Afghanistan … END_OF_DOCUMENT_TOKEN_TO_BE_REPLACED 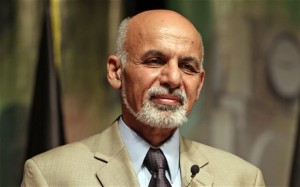 Former finance minister, Ashraf Ghani was named the new Afghanistan president after a period of serious turmoil during the much contested presidential elections. On Sunday, President Hamid Karzai’s departure was all but final, while the agreement between the two presidential candidates had been prepared before the official announcement. The agreement will allow American troops to remain … END_OF_DOCUMENT_TOKEN_TO_BE_REPLACED 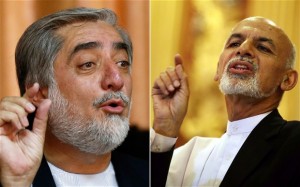 The two Afghanistan presidential candidates have agreed to sign a power-sharing agreement following the months of quarrels over the outcome of June’s elections. According to a spokesman for Hamid Karzai, current Afghanistan president, Ashraf Ghani Ahmadzai and Abdullah Abdullah had come to an agreement and would sign a deal aimed at creating a national unity government. The signing is scheduled … END_OF_DOCUMENT_TOKEN_TO_BE_REPLACED