You are here: Home / Archives for population growth 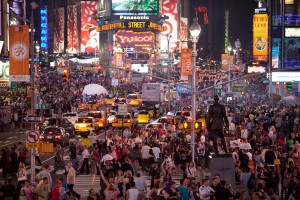 There are few philosophical currents which resisted and even consolidated over time better than Malthusianism. More than two centuries after the British political economist wrote his famous thesis, scientists, journalists and social commentators use the ‘population growth’ argument when demographers release new sets of data. The world population past the 7 billion threshold and the UN estimated … END_OF_DOCUMENT_TOKEN_TO_BE_REPLACED