You are here: Home / Archives for nuclear power plant 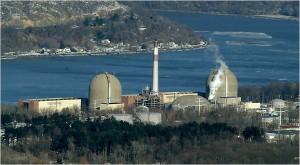 New York inhabitants express concern after the Indian Point Nuclear Power plant explosion which occurred on Sunday afternoon. Their worries are, according to the recent investigations, well-grounded as great part of the Hudson River was covered by oil slicks. The explosion took place on Sunday afternoon 40 miles away from the New City. Recent reports confirm that no one has been hurt during … END_OF_DOCUMENT_TOKEN_TO_BE_REPLACED