You are here: Home / Archives for Norovirus Outbreak Princess Cruises 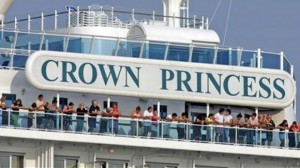 Over 172 passengers who went on a cruise with an U.S. ship have been infected with Norovirus. A similar incident happened on the same ship this April, when more than 150 passengers were infected. Prior to this event, an outbreak was also recorded in December 2012 when 102 passengers fell ill. According to the authorities, the cruise ship met with public health officials when it docked in San … END_OF_DOCUMENT_TOKEN_TO_BE_REPLACED