You are here: Home / Archives for no war 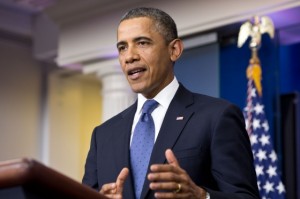 President Obama has addressed recent developments regarding a possible military ground operation on Iraq’s or Syria’s territory. According to him, there will be no military intervention without support from other nations. While discussing the matter, president Obama promised his military audience that they would not be sent back into combat despite his vow to destroy the Islamic State extremists … END_OF_DOCUMENT_TOKEN_TO_BE_REPLACED