You are here: Home / Archives for Nicaragua 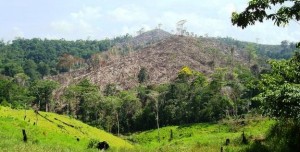 The craving for cocaine in Latin America is damaging precious rainforests leading to a gradual increase in rate of deforestation, according to a scientific new study released this week. After setback of narcotics trade in Mexico in 2007, drug trafficking in Central America is increasingly affecting forests of Honduras and Guatemala. The number of drug-related landing strips provoked UNESCO … END_OF_DOCUMENT_TOKEN_TO_BE_REPLACED