You are here: Home / Archives for neighbor’s pit bull 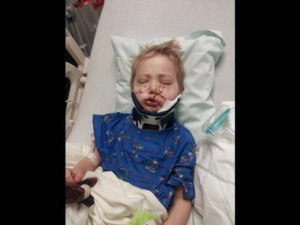 SALT LAKE CITY — After an attack by a neighbor's pit bull Wednesday evening, a 6-year-old boy was hospitalized. Wyatt Abraham was playing soccer in a neighbor's yard and the dog cracked its chain. April Hancock, Wyatt’s mother said, “I was watching out a window, seeing him playing.” The dog's owner brawl the animal off, but as Wyatt began to run he released it, and the dog attacked again, … END_OF_DOCUMENT_TOKEN_TO_BE_REPLACED