You are here: Home / Archives for NASCAR behavior rule 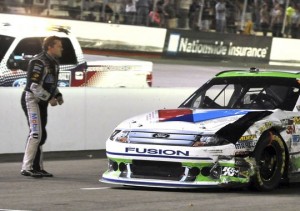 In the wake of Kevin Ward Jr.'s unfortunate death, NASCAR announced a new rule regarding driver behavior. Tony Stewart was involved in an accident that lead to the death of Kevin Ward, a young driver. This event has prompted NASCAR to create a new caution rule, which was distributed to drivers before the Sprint Cup practice on Friday. According to it, if a driver's car was involved in an … END_OF_DOCUMENT_TOKEN_TO_BE_REPLACED