You are here: Home / Archives for NASA’s mission to Venus 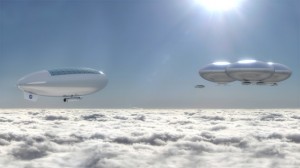 NASA recently announced that it planned to colonize planet Venus by sending a manned mission to its atmosphere. The High Altitude Venus Operational Concept (HAVOC) mission would first send a probe to test the conditions on Venus. NASA experts also plan to design and implement a floating city on the second planet from the Sun. Scientists said that NASA planned to colonize Venus, rather than Mars … END_OF_DOCUMENT_TOKEN_TO_BE_REPLACED