You are here: Home / Archives for MRO 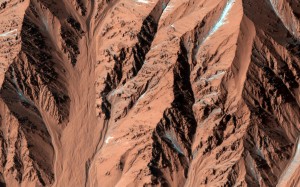 Scientists have discovered a newly formed gully channel on the Martian surface. It was found in the images captured by the USD 40 million High Resolution Imaging Science Experiment (HiRISE) camera mounted on the NASA's Mars Reconnaissance Orbiter (MRO). The scientists are of the belief that the gully channel must has developed on the Red planet in the last three years as it was not present on … END_OF_DOCUMENT_TOKEN_TO_BE_REPLACED