You are here: Home / Archives for Mount Tavurvur 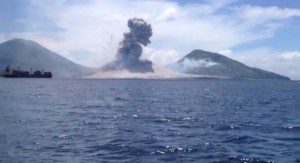 Every once in a while nature reminds of its true force. The display of power was captured by an Australian taxi driver near Mount Tavurvur in Papua New Guinea. The awe-inspiring video (which you can access from the link below), was captured on camera by a curious vacationer called Phil McNamara. He witnessed a rare explosive eruption at Mount Tavurvur volcano, as well as the powerful sonic wave … END_OF_DOCUMENT_TOKEN_TO_BE_REPLACED