You are here: Home / Archives for more than 10.000 people attended the funeral of slain officer Wenjian Liu 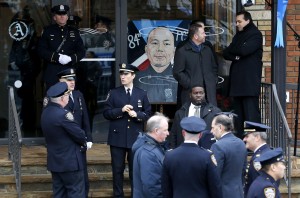 More than 10, 000 people attended the funeral of slain officer Wenjian Liu. He was buried at Cypress Hills Cemetery, the same cemetery where his colleague Rafael Ramos was laid to rest two days after Christmas. Although last weekend,  NYPD Commissioner William Bratton requested the officers not to turn their backs during Mayor Bill de Blasio's eulogy, some still proceeded to do so, in sign of … END_OF_DOCUMENT_TOKEN_TO_BE_REPLACED