You are here: Home / Archives for More than 1 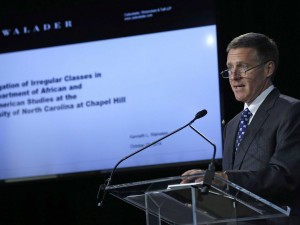 A recent academic scandal has appalled a nation that takes pride in the quality of its educational system. More than 1,500 athletes at the University of North Carolina took part in bogus classes and received inflated grades over a span of almost two decades. At least nine employees were fired or were placed under disciplinary review following an investigation released on Wednesday that showed that … END_OF_DOCUMENT_TOKEN_TO_BE_REPLACED