You are here: Home / Archives for money transfer 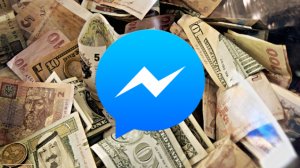 Despite the fact that it hasn’t been made public yet, it appears that Facebook Messenger is rumored to be having the capability of money transfer. On Saturday, Stanford University computer science student Audrew Aude tweeted that he had found and played with a payment feature in Facebook Messenger, which he dug out using the iOS and Mac OS X hacking tool developer tool Cycript. Aude reported on … END_OF_DOCUMENT_TOKEN_TO_BE_REPLACED