You are here: Home / Archives for mom’s wedding ring 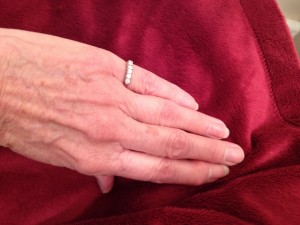 A  woman form new Jersey has been reunited with her mom's wedding ring 55 years after both her parents were tragically killed in a Washington state plane crash. Joyce Wharton lost both of her parents in a small plane crash back in 1959. However the crash site was located 15 years later in a heavily wooded area in Washington. "They went out to the airport and left, but they never arrived in … END_OF_DOCUMENT_TOKEN_TO_BE_REPLACED