You are here: Home / Archives for Modi US visa issue 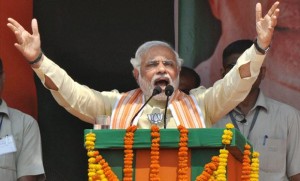 India witnessed a historic general election this year with Narendra Modi led- Bharatiya Janata Party (BJP) crossing the magic number of 272 to emerge as the single largest party to win the majority in the lower house of the parliament, Lok Sabha. It seems like the whole India swept in the Modi wave, sinking the opposition parties including the ruling Congress led-UPA government at the … END_OF_DOCUMENT_TOKEN_TO_BE_REPLACED