You are here: Home / Archives for microsoft smartphone 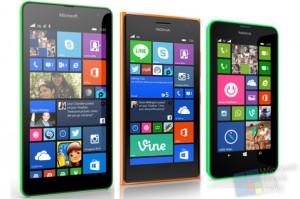 Microsoft has announced the release of its most affordable smartphone yet, the Lumia 435. The new Lumia 435 might compete with some of the most affordable Android smartphones available on the market right now. The release of the new Microsoft Lumia 435 follows the more high-end editions like Lumia 830 and Lumia 930 released earlier this month. Microsoft’s new Windows Phone is the cheapest … END_OF_DOCUMENT_TOKEN_TO_BE_REPLACED