You are here: Home / Archives for methane level spikes on mars 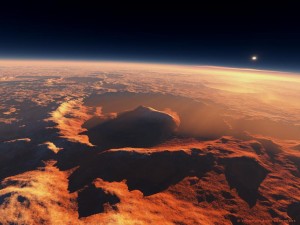 Scientists have found new information that might rekindle the hypothesis of life on the red planet: spikes in Martian methane. The Curiosity Rover recorded an enormous spike which peaked for two months and then disappeared. The newest theory is that such increases in methane levels might be explained by the presence of biological organisms: bacteria, scientists say, could be responsible for such … END_OF_DOCUMENT_TOKEN_TO_BE_REPLACED