You are here: Home / Archives for MERS In Saudi 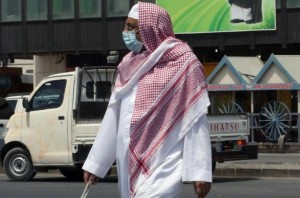 16 new cases of Middle East Coronavirus outbreak were reported in Saudi Arabia on Tuesday, taking the total number of cases reported since 2012 to 360. 10 of the 16 cases had pre-existing conditions, including six of the seven who are 65 or older, sources said. According to the Saudi health ministry, two previously reported cases in Tabuk and Riyadh have died. Now, the death toll has risen … END_OF_DOCUMENT_TOKEN_TO_BE_REPLACED 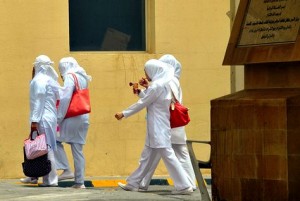 Five more people have died in Saudi from the Middle East Respiratory Syndrome (MERS) coronavirus, the Ministry of Health said. With these deaths the total death toll in the country has reached to 92. In a statement released overnight, the ministry said that 14 new cases of Middle East Respiratory Syndrome were detected in the kingdom, taking the total cases reported so far to 313. Of the … END_OF_DOCUMENT_TOKEN_TO_BE_REPLACED