You are here: Home / Archives for magnetization 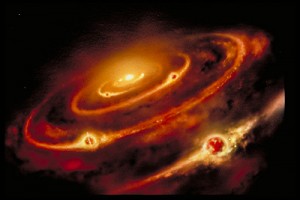 Scientists had long believed that strong magnetic fields may have been involved in the formation of our solar system. However, it is only recently that they could find physical evidence supporting this theory. An ancient meteorite is the bearer of this evidence. Approximately 4.6 billion years ago, just shortly after our sun had formed, the rotating disk of dust and gas surrounding the newly … END_OF_DOCUMENT_TOKEN_TO_BE_REPLACED