You are here: Home / Archives for mac 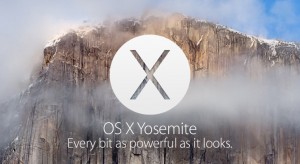 Apple released another beta of the Yosemite Mac OS X but the Mac OS X Yosemite update does not fix WiFi problems. The 10.10.2 build (14C68k) of the system didn’t identify any particular problem areas it would like to be focused on by developers as they test the new operating system. When the first beta build of the Yosemite system was launched over two weeks ago, Apple asked developers to … END_OF_DOCUMENT_TOKEN_TO_BE_REPLACED