You are here: Home / Archives for largest predator 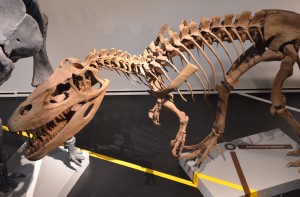 The scientists have found fossilized remains of a dinosaur species in Portugal that they believe was the largest land dinosaur ever to have roamed Europe. The new species has been named Torvosaurus gurneyi which is 10m (33ft) long and weighed four to five tonnes. The measurement of its head was 1.15m from front to back. Scientists say, the creature had a special feature i.e. blade-shaped teeth … END_OF_DOCUMENT_TOKEN_TO_BE_REPLACED