You are here: Home / Archives for kobani under siege 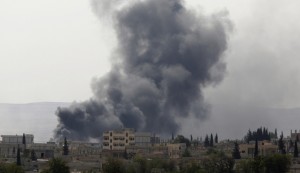 Kurdish forces in Syria fought valiantly on Tuesday as Islamic State militants continued their siege on Kobani, the city near the Turkish border that has been under attack for the previous weeks. Recep Tayyip Erdogan, Turkey’s president, announced that the Syrian town was about to fall although the United States and their allies continued airstrikes on the extremists. Mr. Erdogan explained that … END_OF_DOCUMENT_TOKEN_TO_BE_REPLACED